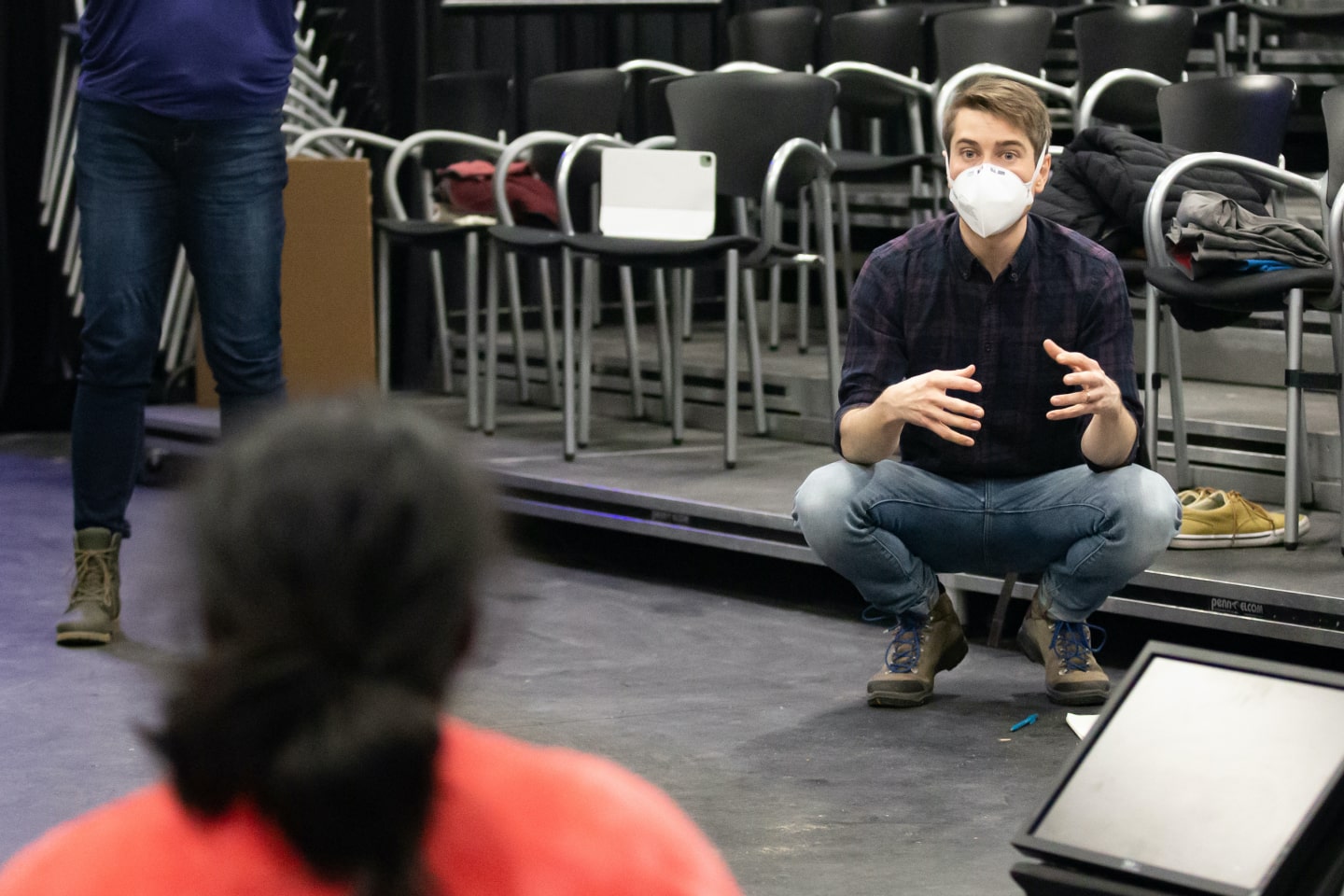 Griffin McInnes is a director, playwright and producer. He is a core team member at Outside the March and one of the co-creators of The Ministry of Mundane Mysteries, a phone-based, pandemic-responsive production performed thousands of times in 200+ cities worldwide.

His pandemic Zoom-based collaboration with playwright Karen Hines and The University of Windsor, The River of Forgetfulness, was hailed by The Toronto Star as “ingenious”.

His work is often based in research-creation, a practice he developed during a graduate program at France’s SciencesPo, collaborating with interdisciplinary artists from around the world.

He is a white, cis-gendered, able-bodied man of Scottish, English, Irish and French descent. He mostly works from home, lives in a two-income household and graduated from his undergraduate degree debt-free because of intergenerational wealth. He is a husband, father, son, big brother, grandson, friend, collaborator, mentor and mentee.

His most recent project, Revelations—an escape room-inspired show about the End of the World—was selected as Upintheair Theatre’s inaugural Updrafts Commission and produced in Vancouver in September 2021.

As Creative Producer at Outside the March, Griffin’s responsibilities include directing, producing, dramaturgy and new work development, curation, fundraising, communications and season planning. He is the organization’s lead grant writer, responsible for $500,000+ in new grants for the charitable non-profit. He facilitated the company’s Artistic Accomplice apprenticeship program over two seasons and served as Associate Artistic Director in 2018-2019, supported by the Metcalf Foundation for the Performing Arts.

Griffin is grateful to split his time between the Ottawa watershed—the traditional unceded territory of the Algonquin Anishinaabe Nation (Ottawa); and Tkaronto—the traditional territory of the Mississaugas of the Credit, the Anishinaabe, the Chippewa, the Haudenosaunee and the Wendat peoples, and covered by Treaty 13 with the Mississaugas of the Credit (Toronto).